Improving access to global markets for cotton farmers in Pakistan

Round 1 Pakistan Agriculture Completed
Funding About this partnership Attachment Location

The Better Cotton Initiative (BCI) is a not-for-profit organisation which establishes global standards and brings together cotton’s complex supply chain, from the farmers to the retailers. BCI exists to make global cotton production better for the people who produce it, better for the environment it grows in and better for the sector’s future, by developing ‘Better Cotton’ (or BCI cotton) as a sustainable mainstream commodity.

Cotton Australia is the peak representative body for Australia’s cotton growers. As world leaders in sustainable cotton production, Cotton Australia is aware that its industry has extensive best practice information, experience, tools and knowledge it can share – and are looking to deploy this effectively through the partnership.

Pakistan is the world’s fourth largest producer of cotton, with an estimated 1.5 million cotton farmers. The country is currently unable to reach its full potential in cotton production due to a number of factors including rising input costs, limited resources, lack of knowledge and expertise, and the slow take up of technology by a large number of small-scale farmers.

This partnership supported the training of cotton farmers in Pakistan to become part of the Better Cotton Initiative (BCI), and thereby access the growing market for sustainably produced cotton. BCI is a not-for-profit global initiative which supports cotton farmers around the globe to grow cotton more sustainably –  reducing stress on the environment and improving the welfare of farming communities and the sector’s future. BCI is increasingly becoming the norm in the cotton sector and encompasses organisations at all points in the value chain – from farms to civil society organisations, and fashion and textile brands such as Country Road , Nike and IKEA.

BCI managed this partnership, which built on the success of its existing work in Pakistan, together with the Sustainable Trade Initiative (IDH) who manage the Better Cotton Growth and Innovation Fund that supports training and capacity building.

Phase 1 of this initiative was completed in March 2018, having trained 54,165 farmers, more than 90 per cent of whom are now licensed BCI Farmers. Training for both male and female farmers took a number of forms including sessions led by trainers from BCI’s field-level partners as well as through training of trainers that enabled farmers to further roll out the curriculum and supervise farm workers on their specific farms. Sessions included occupational health and safety, how to use less pesticide, less synthetic fertiliser and less water for irrigation, which in many cases, can lead to increased yields.

Phase two, managed by the BPP and funded by DFAT Islamabad High Commission, commenced in 2018, with the aim of training and supporting an additional 27,425 farmers, bringing the total trained to 81,590. Phase two is also supporting investigations into the wider policy and enabling environment to foster the sustainability of the BCI model and strengthen gender empowerment.

Ninety female farmers and 89 female workers were trained in the 2017-18 season reflecting the challenge faced by the partners in reaching women. Women have few rights to livestock, land or property in Pakistan, and their presence on farms is often unrecorded. While they face challenges from illiteracy to accessing government subsidies, training and resources such as water, fertiliser, and markets for their crops, they play an essential role in cotton picking and their inclusion in training is a requirement under the Better Cotton Standard System. In creating a learning environment that encouraged women’s participation, hiring women as trainers was therefore critical. Few women are trained for such work and although a small group of female trainers were successfully deployed and worked with groups of women farmers, it remains a challenge to find capable women and to provide them with the necessary training. Phase 2 of this partnership will further strengthen the gender and women’s economic empowerment components of this partnership.

Australian brands including Cotton On, David Jones, Kmart, Target, and Country Road have become BCI Members. Feedback from Australian retailers marketing their commitment to supporting cotton farmers through the Better Cotton Initiative has been positive, as consumer awareness of the issues around ethical cotton production and sustainability continue to rise. 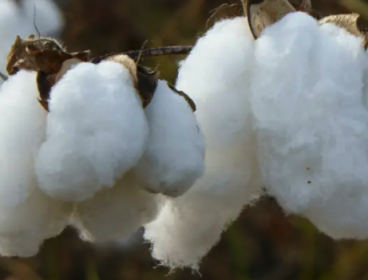